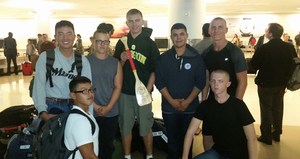 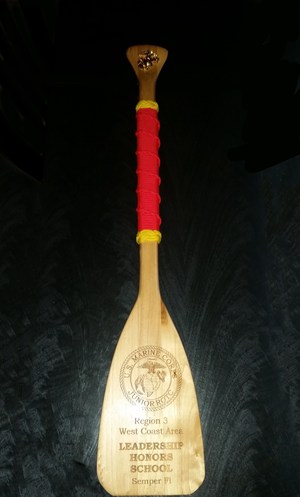 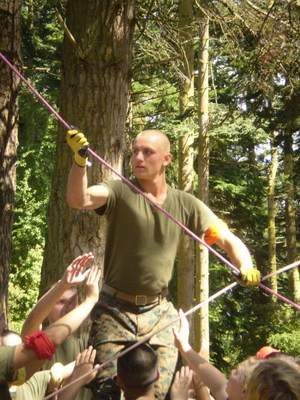 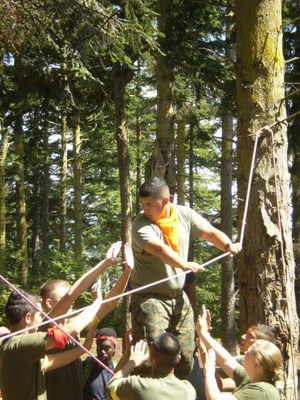 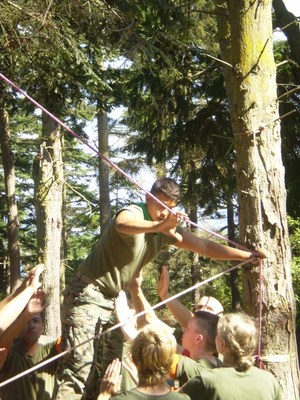 The camp provides JROTC students with an opportunity to travel and develop their leadership skills by meeting and working with their peers from other parts of the country.

“There were three other schools besides Del Mar and Branham,” Mobley said. “There were two schools from Washington and one from Alaska. The kids were divided up into groups and put in different scenarios where they had to work together as a team to accomplish various tasks at several stations.”

One of these tasks was to build a rope bridge between trees to simulate the crossing of a river within a specified time limit.

Mobley said the students from Del Mar and Branham distinguished themselves during the competition.

“They did a good job with themselves but also working with kids they never met before,” said Mobley. “Sometimes we work with people we don’t get along with, and this experience teaches them how to work around that and get the mission accomplished.”

“I thought it was an amazing experience. It definitely did change the way I thought of the world and how I am going to work with people in the future,” said Knowlton. “I’ve learned that it’s very important to let everybody speak, let everybody express how they feel about a situation, and then you can use that information to your advantage, so that you can help your team succeed.”

Mobley also praised Fernando Vargas, currently a sophomore at Del Mar, who was chosen as a team leader during the competition.

“We usually only send juniors who are going into their senior year to the leadership camp,” Mobley said, “but sometimes we dip down lower, if we see kids who have great potential.”

Vargas said he was honored to be chosen.

“I felt very special,” Vargas said. “I also felt really comfortable when I got to the camp.”

Knowlton was surprised when he learned that Vargas was a year younger.

“I think he [Vargas] did very well,” said Knowlton. “I wouldn’t expect a freshman in the program in their first year to have that much experience as a leader and to show that much confidence or enthusiasm.”

Students at Branham and Del Mar participate in JROTC for a variety of reasons.

Some want to get in better shape, others are interested in developing their character, while others simply wish to learn how to shoot an air rifle or play in the drum corps.

For more information about JROTC at Del Mar and Branham, contact Steve Mobley at smobley@cuhsd.org.
Print