ONCE A DON, ALWAYS A DON!
A special thank you to CUHSD Trustee and former Del Mar teacher - Linda Goytia - for sharing the wonderful photos below.
If you are Del Mar alumni and wish to share your student and/or teaching memories with us, please email us at [email protected].
Always #proudtobeadon!
"Some of you may remember James Bohnett from his time at DMHS.  He is continuing to be a tremendously positive influence in the world!  So proud of this former "band cherub!"  (William Burkhead) 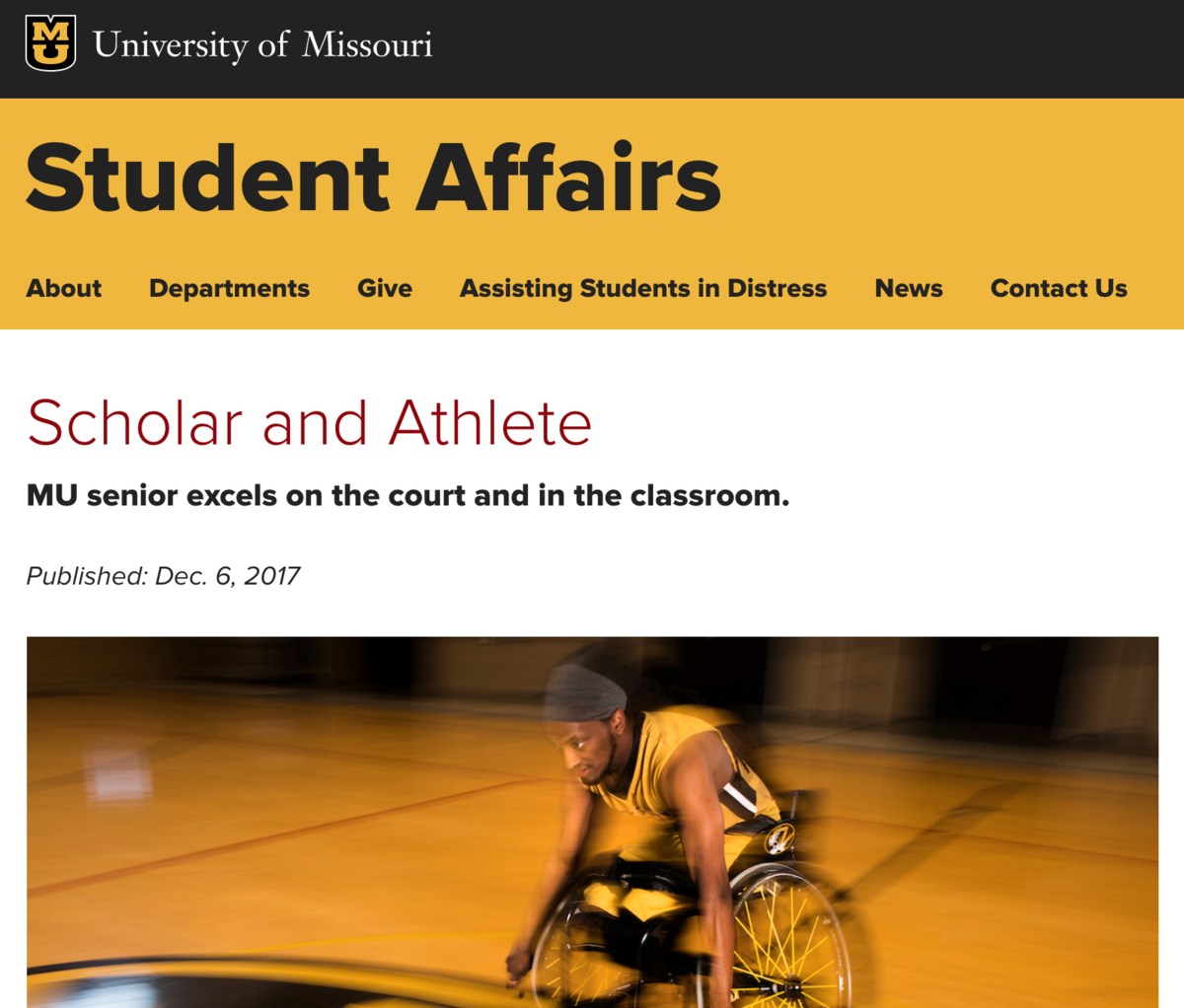 Former Del Mar Don and MU senior James Bohnett can often be seen racing around campus from various classes to MizzouRec. As a member of MU's wheelchair basketball team for five years, he balances early morning practices with a heavy academic load. James will graduate in May with four bachelor’s degrees, one each in political science, economics, mathematics and statistics...

For information about upcoming Del Mar High School reunions, please visit Alumni Class and register * so you can stay informed, reconnect and catch up with your high school friends and teachers.

* A small registration fee is required to use Alumni Class' features, as this alumni website is not financially sponsored by Del Mar High School. Visit the website for more detailed information.
Are you a Del Mar alumnus and want to share you story with our students?
Please contact us!